Cricket Must Embrace Its Nuclear Plant

When I was a senior in college, I wrote a research paper that explored the ways in which the coming of a nuclear power plant changed one very rural, very poor, Maryland county. I also examined the feelings of longtime residents who had seen the changes occur. In many ways, the truths I uncovered are echoed in the world of modern cricket, and are, I think, instructional.

In 1970, Calvert County was one of Maryland’s most rural counties, with a sparse population and a seasonal calendar that had revolved, for over three hundred years, around the tobacco harvest. Its population of nearly 15,000 people was protected by a single sheriff and his four deputies. The pace of life was slow and easy. Time had seemingly passed the county by.

All of that changed when the county became the site of the state’s first, and only, nuclear power plant. The economic impact was revolutionary, as revenue and unprecedented growth flooded the land. County spending per capita was able to increase from $168 in FY 1971 to $639 in FY 1981, while school spending increased fivefold. Soon, Calvert County would become a place where larger roads carried more demanding taxpayers to their jobs in Washington, while their children attended numerous well-funded public schools.

The demographics of the county changed as well. By 2006, only 9% of Calvert County residents were 65 years of age or older and nearly 55% of county residents were college educated. By 2004, the median household income was estimated to be almost $75,000. 61% of those employed could be classified as white-collar.

In short, nothing was the same, and many longtime residents hated it – and were happy to tell you so.

“I miss leaving home with my hunting dog and not seeing a lot of houses,” one said. “From 3:30-6:00 in the evening there’s a raft of cars and trucks; I miss the open roads.”  Another reflected on the loss of forestland in the county. “I miss the open spaces. My Dad had acreage up in Huntingtown and we’d go wandering through the woods. Now, there are no woods; it’s all subdivisions now.”

So, what does all this have to do with cricket? Nothing, and everything.

Cricket has been, for many years now, struggling with an identity crisis. Does Test cricket, which stands as the guardian of the ancient traditions, still have a future in the game? If so, how can it be maintained when cricket’s best players are increasingly lured away to more lucrative competitions? Or should cricket simply accede to the demands of modern, commercialized sport, and accept the inevitable?

One thing is certain, and that is the relationship between domestic T20 leagues and the vitality of that country’s cricket landscape. One only has to look at the Indian Premier League and the Big Bash League to see the value of these competitions, not merely as income-generators, but more importantly as vehicles to connect with a broader, and largely younger audience, which is a key indicator of future health.

To demonize the preeminence of domestic T20 competitions (and frankly any cricket product which helps to increase the game’s fan base in a given country), is truly a pyrrhic pursuit that can only retard the sport. The phrase “proper cricket,” often utilized as a weapon to demean formats that do not reflect a preferred era, is as nonsensical today as it would have been in 1864, when overarm bowling was legalized.

So, can Test cricket survive? Of course it can, but, just as Calvert County’s 4H fairs do today, more as a pleasant reminder of an earlier time than as the centerpiece of the game. Test cricket came into being as a pastoral celebration, as a spirited exhibition of Victorian sportsmanship, and there its character remains. Its relaxing pace gives us time to observe, reflect, and debate without the crushing pressure of a time clock. This is something to be cherished in today’s frenetic world.

Until very recently, I was one of those who wondered how Test cricket might be redesigned for modern relevance. What I discovered is that the proposed changes would be unlikely to attract more fans – it would simply be stripping Test cricket of its charm. As in Aesop’s story about the dog seeing his reflection in the water, we would be sacrificing those who love Test cricket as it has always been, in hopes of attracting those who probably will never be long-term fans.

For Test cricket to have meaning, I now realize, we need to stop reimagining it as something it’s not. We have to accept that it is a time capsule, an anachronism, a memorial to an age gone by. But we also have to accept that, like the treasured keepsake it is, it may not be seen as frequently as it was in earlier times, but this will make its appearance all the more special, and more cherished.

Cricket is evolving, as all things evolve. Were it not to evolve, it would soon become extinct, so this is a good thing. That doesn’t mean we must completely dispose of our cherished past, but it does mean that, for the sake of the thing we love, we must embrace that which represents its future, and the benefits it indirectly brings us, whether that be a nuclear plant, or in cricket’s case, a glitzy, obnoxious, short-form spectacle. 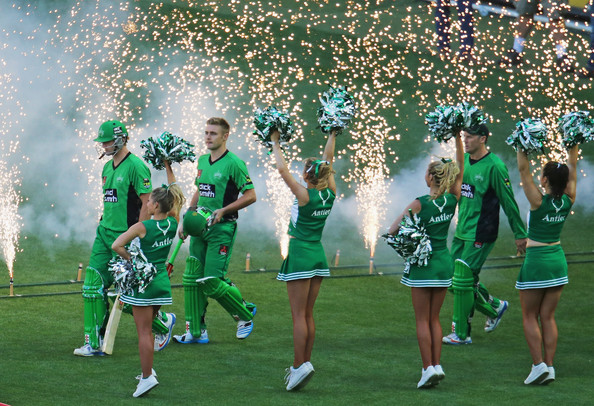 2 Responses to “Cricket Must Embrace Its Nuclear Plant”